Cyber risk affects businesses of every size and industry. A data breach can lead to negative publicity, loss of customer confidence and potential lawsuits. There can be a variety of unanticipated – and costly – business disruptions.

Just ask the owners of the Romantik Seehotel Jaegerwirt hotel, in the Austrian Alps, which recently had their systems frozen by hackers, resulting in the complete shutdown of hotel computers. The hackers breached the hotel’s key card system, making it impossible for guests to enter their rooms and preventing the hotel from reprogramming the cards.

The hackers did not scrape guests’ credit card data, as has happened with other hotel data breaches, but instead demanded a ransom payable in Bitcoin. The Romantik Seehotel Jaegerwirt – which was fully occupied at the beginning of ski season – paid the ransom, at which time control of the key card system was restored.

While highly disruptive, it’s easy to imagine how it could have been worse. Fortunately, the hotel located and fixed the backdoor left by the hackers (which the hackers tried to exploit almost immediately) and secured their systems.

Vulnerability to hackers seeking to take control of a building’s system is a very real threat to organizations of all kinds: hospitals, hotels, law firms, research facilities, banks, retailers – virtually any kind of business that is housed in a “smart” building. END_OF_DOCUMENT_TOKEN_TO_BE_REPLACED

December is the month for predictions.  During this month, commentators of all sorts and in all areas predict the trends and actions that will impact us during the coming year.  While speculating the future is a questionable pursuit, we at the Cybersecurity Lawyer Forum would hate to be left out of the fun.   With that in mind, a few thoughts on what we might expect in the year to come.

Legislation in the United States is less an exercise in establishing comprehensive systems than in reacting to events; much legislation tends to be anecdotal and designed to fit the day’s headlines.  Moreover, legislation is a curious process, and even with the Congress and White House held by the same party, legislation is hard to pass.

Cybersecurity legislation faces additional hurdles.  It is not always the highest priority for lawmakers, especially during a year when an entirely new administration must be established, and when the campaign promises of the last year did not include cybersecurity as a priority. END_OF_DOCUMENT_TOKEN_TO_BE_REPLACED

Over the past several years, the Federal Trade Commission has emerged as the de facto national regulator of online security and privacy. While banking and health regulators hold sway over their specific industries, the FTC has used its authority, granted under Section 5 of the Federal Trade Commission Act to address unfair or deceptive acts or practices, the FTC has pursued companies that it believes have misleading privacy statements, or fail to secure personal customer information, and brought actions and entered into settlements with a variety of companies, including hotels, data service providers, retailers and others. In most cases, the defendants have settled to avoid expensive and damaging litigation.

One of the few companies that chose not to settle was LabMD. LabMD was a medical testing company that specialized in cancer detection. Between 2005 and 2008, one of LabMD’s administrative employees ran LimeWire, a peer-to-peer file sharing application, on her computer. The configuration of the application allowed (unintentionally) sensitive files on her computer to be shared on the LimeWire network and made public. This vulernerability was discovered by an independent security consulting company, Tiversa, whose business model is to search for possible security breaches and offer to fix them for a fee. Tiversa, upon discovering the vulnerability, stole a file containing insurance records for approximately 9,300 patients as evidence of the vulnerability and sought to have LabMD hire them. After LabMD refused to engage Tiversa,  Tiversa reported LabMD’s vulnerability to the FTC. END_OF_DOCUMENT_TOKEN_TO_BE_REPLACED 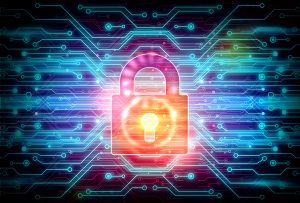 California adopted the first data breach notification law in the nation in 2002, and has consistently worked to ensure that its law remains at the forefront of data security laws in the United States.  California burnished this reputation on September 13, 2016, when Governor Jerry Brown signed AB 2828, sponsored by Legislator Ed Chau.  This law amends California’s data breach notification law, Civil Code Section 1798.82, by making significant changes to the reporting requirements for businesses who hold personal information that has been compromised.

Prior to the adoption of AB 2828, California, like most other states, did not require businesses to disclose breaches where “encrypted” information is breached.  AB 2828 will, effective January 1, 2017, require businesses to disclose breaches when encrypted information has been acquired in an unauthorized breach if the encrypted data is leaked together with the encryption key or security credential that “could render that personal information readable or useable.”

The exception for encrypted personal data has been part of California law since its adoption; however, it had a potentially significant flaw:  even if the key to encrypted data was disclosed, making it readable by hackers and other bad players, the business was not obligated to issue a notice to affected individuals.  In other words, even when encrypted information was, in fact, readable, a business was not required to report a breach.  The result was that some individuals whose personal information was disclosed never received notice and could not take steps to protect their financial information or identity.

The Electronic Frontier Foundation, in support of AB 2828, said that “AB 2828 would fill an important gap in California’s current data breach notification law.  A thief might steal an encrypted laptop, along with a note carelessly taped to the device stating the decryption password.  Or a thief might remotely steal encrypted data, and later use social engineering to acquire the security credentials. In these and many other circumstances, wrongdoers will acquire both encrypted personal information and the power to decrypt that information.  In such circumstances, people should be notified that they are at risk of wrongdoers misusing their personal information.”

When AB 2828 becomes effective, that data that has been converted into code so as to be readable only by those who have the encryption key to decode it will be subject to the broad terms of California’s disclosure law.  While AB 2828 patches a potential flaw in the law – encrypted data is no longer protected if one holds the key – it also creates a challenge for many businesses. END_OF_DOCUMENT_TOKEN_TO_BE_REPLACED

I’m attending the Arthur J. Gallagher Risk Management Roundtable on September 12 and 13 at the Intercontinental Hotel  in New Orleans, where Alex Ricardo of Beazley and I will be speaking on Cybersecurity in the Hospitality Industry tomorrow morning.  I’ll be leading a discussion of the unique privacy and security issues facing hotels, managers and owners, the legal issues facing hotels, director and officer concerns, and the importance of preparing for the inevitable breach.

Cybersecurity is one of the biggest issues facing hotels – barely a day goes by without the report of another hotel chain being targeted, and for good reason; hotels have many of the openings that hackers look for, including multiple systems, wide access to WiFi (with limited or no security), valuable data, large numbers of employees and vendors with access to hotel systems, and customers that, unwittingly, can aid in carrying out a breach.

If you are interested in a copy of my presentation, you can reach me at rbraun@jmbm.com.

Paralysis is one of the biggest obstacles to achieving a cybersecure environment.  Companies are often unable to take the steps necessary to bring security to an enterprise. It’s not only common; it’s entirely understandable.

Achieving cybersecurity appears to be an overwhelming task. Every day brings another headline announcing a data breach, or reports on the enormous cost of data breaches – one has to wonder if implementing a cybersecurity regime would even achieve its goal. Companies are challenged by the complexity of their systems and the seemingly impenetrable jargon used to describe them.  Funding a cybersecurity program is a challenge – as one CEO put it, “I gave my team an unlimited budget, and they exceeded it.”  Spending valuable time and scarce resources on security takes away from operations that ground an enterprise. Companies fear that focusing on cybersecurity can only come at the expense of their core operations.

END_OF_DOCUMENT_TOKEN_TO_BE_REPLACED

Spring is the season for many things, including the publication of cybersecurity surveys. In the past few months, Verizon has published its Data Breach Investigations Reports, Ponemon Institute Published its 2016 Study on How Organizations Manage Data Breach Exposures, the California Attorney General published its annual California Data Breach Report, and a variety of others have published reports describing the state of cybersecurity and privacy, and the threats individuals and businesses face in online security. While the reports each contain important facts and focus on different aspects of cybersecurity, they also have some key lessons for enterprises that focus on risk reduction:

END_OF_DOCUMENT_TOKEN_TO_BE_REPLACED

Co-chairs of the Jeffer Mangels Cybersecurity and Privacy Group, Robert E. Braun and Michael A. Gold, discuss the first steps to take when there’s a data breach at your company. The other videos in this 4-part series include: Why companies need a cybersecurity training program; Cybersecurity for middle market companies; and Impact of international privacy laws on U.S. companies.
END_OF_DOCUMENT_TOKEN_TO_BE_REPLACED

Robert E. Braun is the co-chair of the Cybersecurity and Privacy Law Group at Jeffer Mangels Butler & Mitchell LLP. Bob helps clients to develop and implement privacy and information security policies, negotiate agreements for technologies and data management services, and comply with legal and regulatory requirements. He helps clients to develop and implement data breach response plans, and he and his team respond quickly to clients' needs when a data breach occurs. Contact Bob at RBraun@jmbm.com or +1 310.785.5331.Read More

Michael A. Gold is the co-chair of the Cybersecurity and Privacy Law Group at Jeffer Mangels Butler & Mitchell LLP. Known for both legal expertise and an understanding of technology, he works with Boards of Directors, C-Suite executives and IT directors to address cyber risks. He advises clients on domestic and international requirements for information privacy and security. He represents companies in complex litigation and arbitrations, including class action defense actions connected with data breach and privacy claims. Contact Mike at MGold@jmbm.com or +1 310.201.3529. Read More